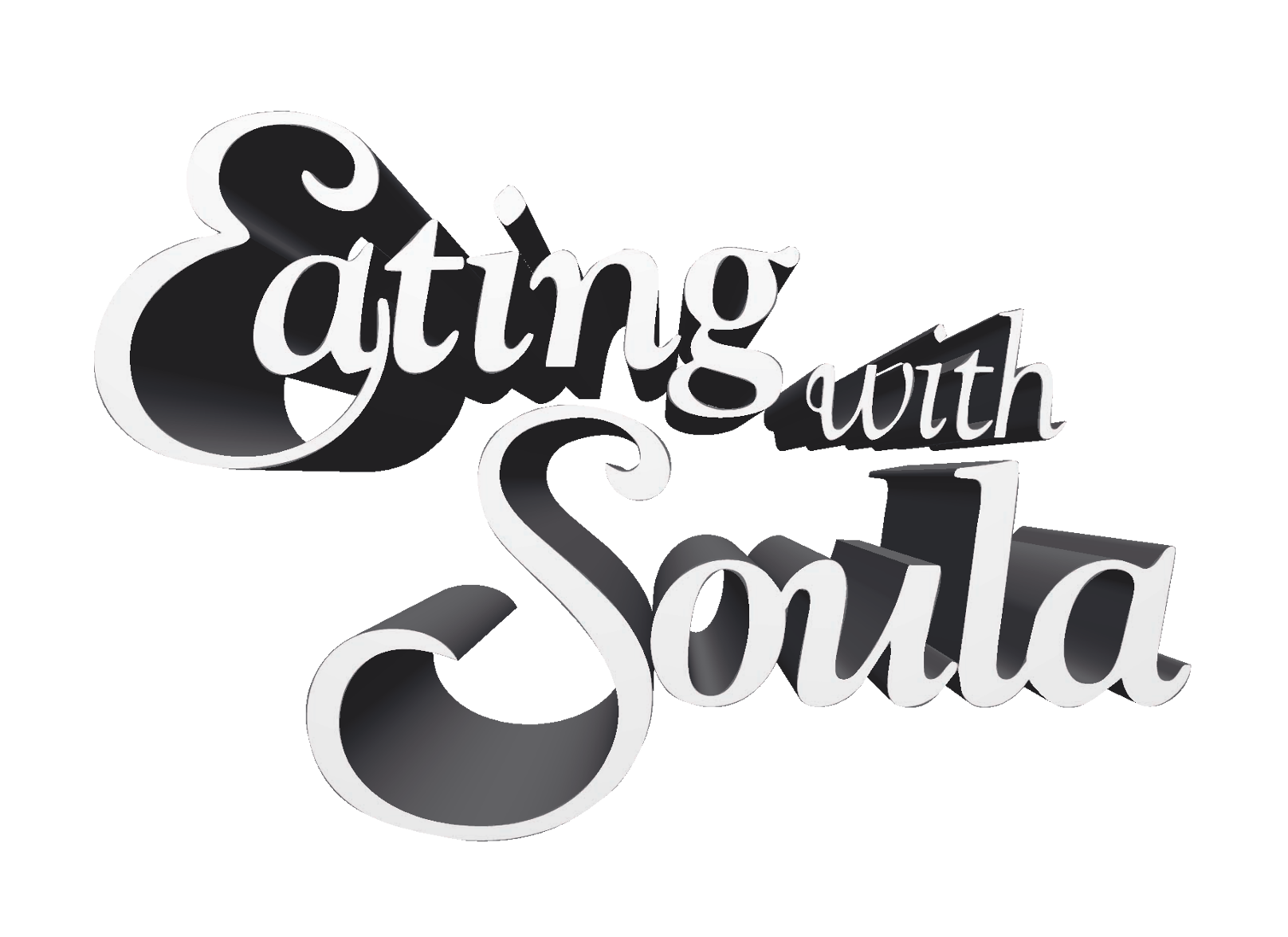 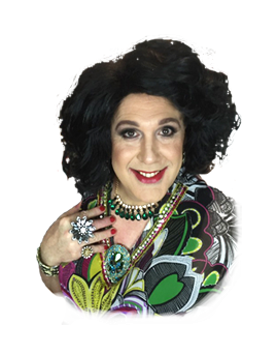 Download This Recipe
I’m the glamorous host of this iconic award winning Australian cooking Show, Eating with Soula. If you’re after easy, quick and tasty recipes, then I'm your woman. With the help of gorgeous friends, we present delicious, quick and easy recipes. Whether you’re after a lunch or dinner meal, something sweet or savoury, you’re now one step closer to becoming a great chef. Watch an episode, cook a dish, download a free recipe sheet......before you know it you’ll be enjoying a laugh and singing Soula’s mantra of “Cooking should never be a drag.....” Your Goddess in the Kitchen Soula Marie 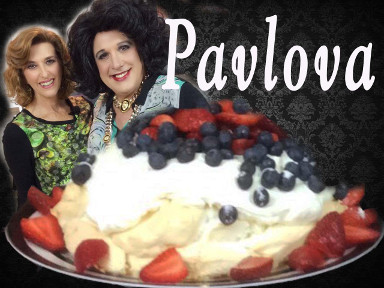 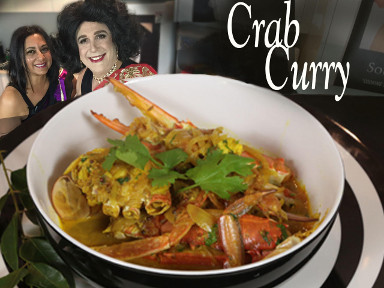 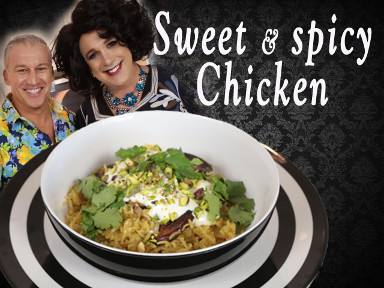 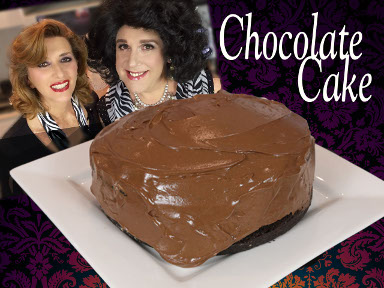 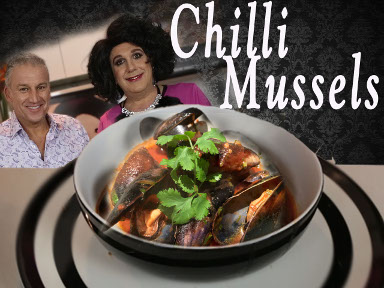 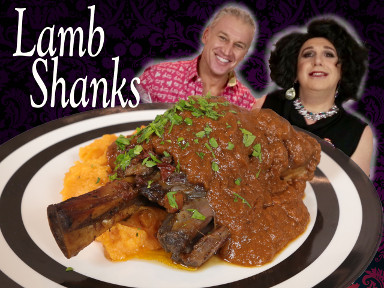 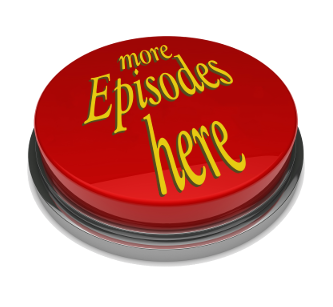 I haven't always led a charmed and glamorous life... In fact, I've had to overcome many obstacles but with sheer determination, supportive family and friends and a gene pool basket that's overflowing with intelligence, looks and sex appeal, I'm now the successful woman you see before you...

I want to be candid with you viewers...

Although I consider it a misunderstanding, I was formally charged with "stalking and harassing" Miss Portia De Rossi, and in order to avoid a lengthy law suit, I had to write to the Judge handling the case, and detail to him, my life as an adult, and how the adversity I had overcome could have played a part in my lapse of judgement.

My letter to the Judge is as follows:

My name is Soula-Marie and I was born in Sydney, Australia, by Italian parents and a Greek grandparent. In the 50's my parents migrated to Australia, and happily settled in Sydney. I was a chubby baby, and was ALWAYS screaming for my mothers teat...after many aggressive chompings, my mother declared her breasts a no go zone, and I was placed on formula.

My love affair with food started at this time, and my battle with my weight continues to this day. Those people who know me, will vouch that I have an unhealthy obsession with breasts....

It was in my twenties, that I became a well known and successful Catwalk Model. I was then approached by many theatre production companies to be the headline Star in a series of musicals.... so the stage became my life for a while.

Then I spent time as head chef for a Manchester United Soccer Team, travelling the world, until I caught an unfortunate STI from one of the Players. This saw me leave this position, with a healthy settlement from the player involved. I lived in fear for years that this scandal would come out, but now I embrace the possibility of it doing so, as i would love to be an international spokesmodel for Vagisil or Canistan.....and I would love to do a 60 Minutes episode on the whole saga.

I once briefly dated an Australian media mogul's son, as I love rich and powerful men. He helped me finance an Album, "Soula Sings the Divas"... Once, while out on a date with this tall man, a Mariah Carey song came on over the music, he then proceeded to tell me how much he adored Mariah's sassy cheap look, and asked couldn't I dress more like her, I was horrified and slapped him hard while screaming obscenities .. I was humiliated, I had dressed as his fantasy, a "playboy Bunny". I ignored the fact I was a little too heavy for the outfit......I ignored the jeers from the other diners, I broke up with him immediately ....... My Album is yet to be picked up by a major recording Label.

I then spent time in the UK.....and while there I won a contract performing as a singer on the QE2. Also performing on the QE2 was Rolf Harris. He was an odd man, but very charming, he offered to paint my portrait, and invited me to his stateroom. After many cocktails, I passed out. When I woke up the next day, I was dressed as a schoolgirl, but have no recollection of being fingered. The portrait was never painted.

I then went to work in the USA as a model. It was an exciting and successful time. It was during this period I met Donald in a Trump Tower lift. He tried to pick me up, I was horrified at the colour of his face. As I stared at him blankly, trying to work out what shade of orange he was....he then proceeded to try to shake my hand...he had tiny, little, wee hands....... I screamed........he NEVER understood why.......... Donald never grabbed me by the pussy in that lift, but the American Press claim that he did. They called it Pussygate with Soula. I then had to flee the USA.

Back in Australia, I had no choice, but to sack my management team, while I thought I was making a shopping centre appearance to promote the Kardashians range of handbags, perfumes and jewellery, I discovered i was actually booked to present a beauty seminar on "Depends Undergarments"

I love most styles of music and was recently invited to attend a Justin Bieber Concert by Justin himself, when I went backstage to meet him, he called me "a sexy plus sized cougar", I slapped his cheek and called him " a hideous skinny lesbian”.

Dear Judge, I have had a difficult life and have overcome many adversities......so please let me finish with some positive points about my life. I am married to a gorgeous Greek man named Vasili who works for one of Sydney's top tier law firms. I love jewelry and fashion, and try to be gorgeous at all times. My favourite movie is Gone with the Wind and favourite line is 'as God as my witness I'll never go hungry again', I would love to meet Effie Stephanidis from Acropolis Now, as I think of her as a Gorgeous Fashion Icon, and there has been rumours, she’s a distant cousin.

Please take into consideration that I have always had a crush on Miss Portia De Rossi, and in my mind, we have always been friends... I plan to get on with my life, and have been taught a very valuable lesson, do not tattoo a gorgeous blondes name on your breast, until you have her and your own husbands permission..

Please forgive me Judge.
I'm too beautiful to survive any time in Prison.

There you have it viewers, warts and all.....

The Judge dropped all the charges…...